Help this game reach its goal

The year is 1886 and the Jefferson Territory remains lawless, deadly, and unincorporated. The United States government has deployed the cavalry to pacify the region, but it remains a wild country. The town of Lincoln is the closest thing to civilization in these parts, but venture too far from town and you'll find yourself in the true frontier.  If you’re willing to risk it all, the Jefferson Territory is home to wealth and glory. Just keep your fists hard and your wits keen, cowpoke. Better folk than you have gone out there and died. They certainly won’t be the last.

What's the Game About?

Bullets & Bourbon is a card-based tabletop RPG where the players take on the role of Cowpokes - outlaws, bounty killers, homesteaders, and other folks that have come out West in search of something - or the Dealer, who serves as a referee and storyteller.  All anyone needs to play is their own deck of cards and a means of keeping track of their character and the goings on in the West.

Sessions are episodic, with Cowpokes traveling from one town to the next working odd jobs or planning their next score - maybe they're guarding wagon trains, robbing banks, or following the hastily drawn scribbles on a treasure map they won in a hand of cards.

How Do I Play?

The game is played out like a conversation until a risky scenario or action is presented, at which point a Challenge is started.  Challenges are played out a little like a hand of Poker and a little like a game of War! and can represent anything from a shootout to a horse race to convincing the sheriff that you’re not in town to cause trouble.  One shouldn't go into every situation guns blazing, however - Challenges are dangerous and oftentimes downright deadly.  A Cowpoke needs to be equal parts clever and lucky to make sure they don't wind up in a shallow grave out on the prairie. 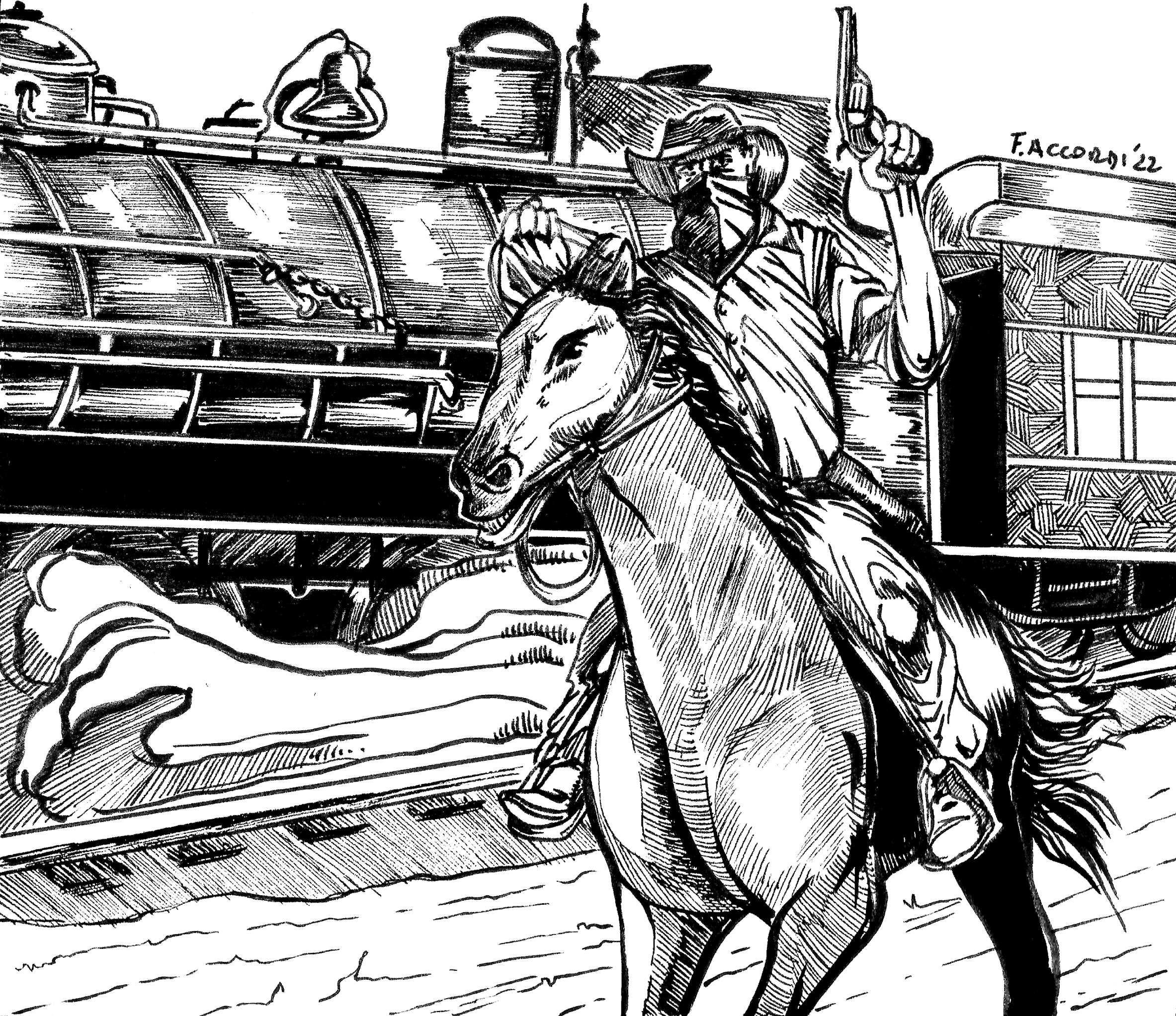 What Do I Get?

Backing the game now gets you immediate access to an ashcan copy of the 36-page rulebook, complete with the rules for character creation, conflict resolution, and plenty of tables to generate interesting scenarios and locations for the Cowpokes to explore.  When the project is complete everyone will get digital copies of the rulebook and four adventures while those who want a physical copy with get a unique code they can use to claim their copies through  my website when the print run is complete - all that will need to be paid is shipping, which is currently estimated at about $5 for U.S. backers (Canadian and European shipping prices TBD).

The rules have been written, tested, rewritten, and tested again.  The layout has been finalized.  The artwork - from excellent artists such as James Windsor-Smith, HodagRPG, PerplexingRuins, and Francesco Accordi - has been paid for and nearly complete, with only a few items in the works.

My name is Sean "Mac" McClellan, a writer and game designer from Pennsylvania.  I co-designed NUKED! A Post-Apocalyptic Knave Hack and wrote Rangers of the Midden Vale.  Bullets & Bourbon was actually one of the first games I started designing, but it went through multiple iterations as I tweaked the formula.  This is going to be the definitive edition and first physical print run.

Get exclusive access to this game by purchasing while quantities last.

Free Digital Copies of the following:

I'll add more community copies as people back at the Digital and Physical Tiers!

Digital Copies of the following:

Physical and Digital Copies of the following: 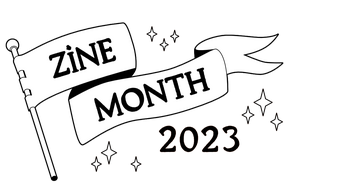 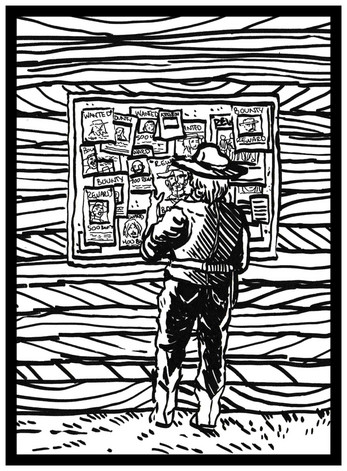 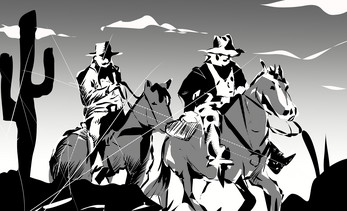 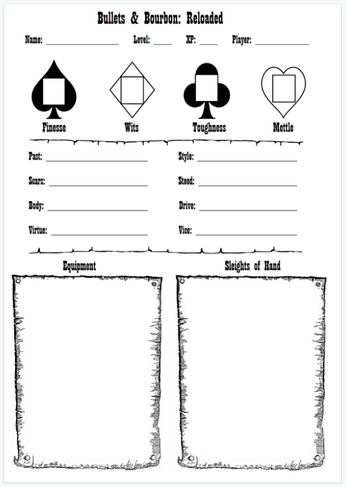 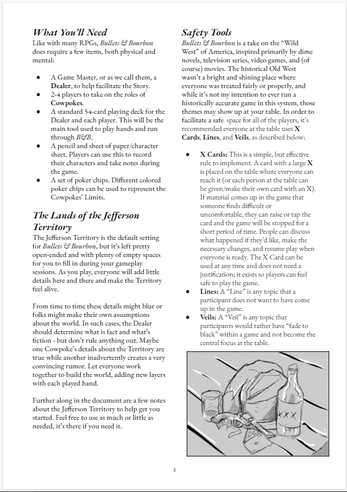 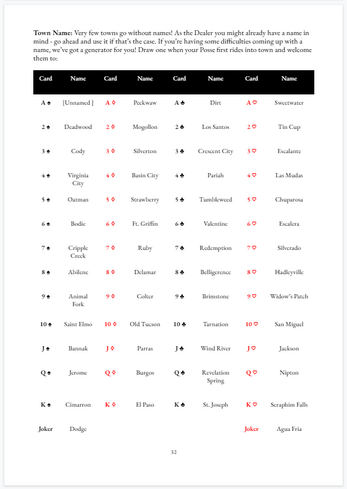